As a string of thunderstorms rolled through Harris County last week, local flood control officials were monitoring creeks and bayous, all of which stayed safely in their banks.

That’s in sharp contrast to last spring, when back-to-back floods dumped biblical amounts of rain, prompting many Houston residents to wonder if heavy downpours were the new normal thanks to climate change.

Local leaders aren’t sure. They are still searching for definitive proof, bristling at the notion that current climate change projections should alter flood control efforts. 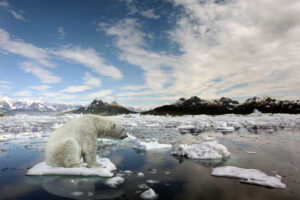 “We don’t knee-jerk react to having a very wet year,” said Russ Poppe, the new executive director of the Harris County Flood Control District, about 2016.

Instead, the district is seeking more data about rainfall frequency as it considers the idea that climate change might be increasing heavy downpours. County officials have contributed funding to a federal study to update that information for Texas, a task not expected to be complete until mid-2018.

Many scientists say that concerns about climate change are justified, pointing to studies that suggest Houston and other coastal cities can expect more frequent flooding in the not-so-distant future. Some believe that climate change is already influencing the extreme weather here.

“The No. 1 question people ask when there’s an extreme event is, ‘Is this climate change or is this natural?’ ” said Katharine Hayhoe, the acclaimed climate scientist from Texas Tech University. “The answer is that human-induced climate change has irrevocably altered the background conditions of our atmosphere. And so everything that happens now has some component of climate change. The question is now, how much?”