Google Maps will start directing drivers to routes it calculates to be the most eco-friendly based on a list of factors.

Google said the feature would launch first in the US later this year “with a global expansion on the way”.

The new feature is part of its commitment to fight climate change. 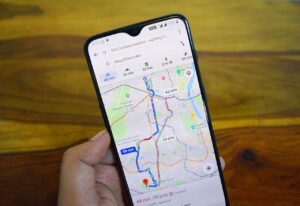 Tech giants grilled about fake news by US Congress
Google fixes crashing Android app issues
Google Nest home device tracks body activity in bed
When launched, the default route on the Google Maps app will be the “eco-friendly” option, unless users choose to opt out of it.

“What we are seeing is for around half of routes, we are able to find an option more eco-friendly with minimal or no time-cost trade-off,” Russell Dicker, a director of product at Google said.

The search engine, owned by Alphabet, said it uses emissions data based on testing across different types of cars and road types, drawing on insights from the US government’s National Renewable Energy Lab (NREL).

Its road data factors in slopes and inclines from its own Street View cars feature along with aerial and satellite imagery.