13 May The challenge od cleaning garbage has arrived in Bosnia and Herzegovina! 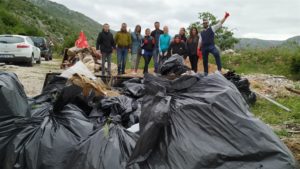 In May 12th, Bosnia & Herzegovina Futures Foundation together with youth club Novi Val from Blagaj and the company SPARK from Mostar organized a campaign of cleaning garbage on the road between Blagaj and Nevesinje. The campaign was attended by 11 volunteers from all over the country who managed to collect all the waste in just a few hours, which was thrown away by negligent citizens during the past months, and then transported to the closest garbage cans. This campaign aims to start a positive trend and awaken awareness among the population of the importance of preserving this beautiful country in which we live and its phenomenal nature. However, this is not just one in a series of actions that take place once and is then completely forgotten in the following period. Bosnia & Herzegovina Futures Foundation, as the initiator of the project, wants to extend this action to the rest of Bosnia and Herzegovina. After the cleaning has been completed, three organizations have been nominated, and they have a one – month deadline to clean some polluted area in their local community. The organizations are a non-governmental organization Social Monkeys from Banja Luka, Special Olympics Paralel from Tuzla and NSoft from Mostar. All three organizations gladly accepted the challenge and period we expect positive stories in the upcoming period from them! 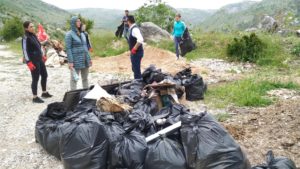 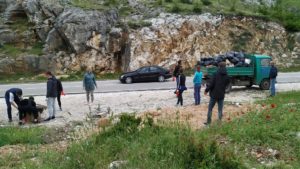 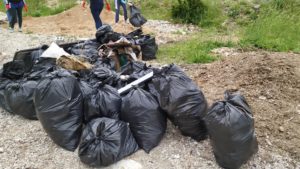