Feeding urban populations is a major challenge of the 21st century. In 2050, nearly two-thirds of the world’s population of more than 9 billion people will be living in cities. The food that we choose to produce and consume, the place from where it comes, the practices in terms of production, processing and distribution all significantly affect the state of the planet, our environment, our health and the social bonds that unite us. In this context, the City of Paris has had, for several years, an ambitious policy to give access to a sustainable diet to everyone. From 2010, thanks to its Sustainable Food Plan, it has set itself stiff targets for improving food quality in its canteens and cafeterias. 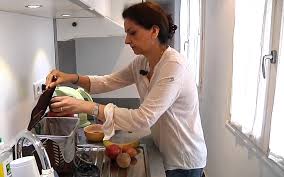 The City took stock of the role it has to play in signing on 15 October 2015, alongside 160 other international cities, the Milan Pact (Milan Urban Food Policy Pact). In doing this, it committed to “work to develop sustainable food systems that are inclusive, resilient, safe and diverse, that provide healthy and affordable food to all people in a human rights-based framework, that minimise waste and conserve biodiversity while adapting to and mitigating impacts of climate change”. To translate its commitment into action, the City of Paris has decided to implement an action plan by developing its Strategy for Sustainable Food. A detailed inventory of food in Paris in 2016, as well as the commitment of the City to quantified targets for 2030, helped to guide the development  of the strategy required.

Paris is intrinsically dependent on the rest of France to feed its 2.2 million inhabitants together with the more than one million workers and 280,000 visitors (leisure and business) who travel to the capital daily. The average distance between the place where food is consumed and the place it isproduced is 660 kilometres in Paris. About 70% of foodstuffs consumed in Paris come from France, and particularly from the Paris Basin which provides a large proportion of the food-based cereals and meat. In contrast, Paris still relies on distant regions, in particular to supply it with fruit and vegetables.