08 Apr Wait—Ice could disappear HOW fast?

More and more evidence emerges every year showing that the Greenland and Antarctic ice sheets are getting smaller. But the holy grail questions for scientists and communities everywhere concern their future: How much smaller will they get, and how fast will they shrink?

The answers will reverberate far beyond the scientific community. If residents of Palau are going to have an extra three feet of water sloshing at their doorstep by 2100, they need to know sooner rather than later.

To answer these questions, scientists had to develop computer simulations that mimicked the ways the ice sheets behave. To check whether they were working right, scientists would compare their models to real observations. 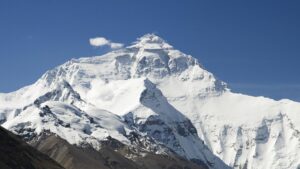 But only recently have satellites been launched into space that could precisely weigh the ice sheet from afar, giving a concrete sense of how much ice is sloughing off. These data go back only a few decades—barely a blink of Earth’s eye.

So scientists looked to the past, to periods like the Pliocene, about 3.4 million years ago, or the Last Interglacial, about 120 thousand years ago—periods when the planet was as warm or warmer than today. They tested whether their models matched up with what we knew about how the ice sheets melted and how high sea levels rose at those times in the past.

One study, led by researchers from the University of Massachusetts, Amherst and Penn State, found that the ice sheets in their models could only match that data from the past if they included a mechanism called the “marine ice cliff instability.”

The idea was simple: Ice is a material, like steel or wood, that can stand only so much stress before it bends or breaks. Many ice sheets in both Greenland and Antarctica stretch out into the sea around them, like the cap of a mushroom floating on top of the water below. Those edges are “buttressed,” or supported, by long tongues of ice shelves, which help keep the ice behind them stable. But if those ice shelves are lost, they can leave in their wake tall cliffs towering over the ocean or rock below. And if those cliffs are tall—over about 300 feet—the ice behind will fail, shearing off in enormous blocks.

This process—called “MICI,” for “marine ice cliff instability”—seems to be underway at the Jakobshaven glacier in Greenland. A buttressing ice shelf melted away, leaving the glacier behind it to retreat even more rapidly, ‘“unzipping” into the ice sheet,” Richard Alley, a climate scientist from Penn State who was not involved in the study wrote in an email.

MICI hasn’t yet been observed in Antarctica, where there are much larger glaciers. But if MICI were triggered there, the authors suggested, the collapse of some major glaciers, like Thwaites or Pine Island in West Antarctica, could ensue rapidly and irreversibly, committing the oceans to an extra nine feet of water over the coming centuries.

These numbers were bigger and coming sooner than most of the previous estimates. So across the scientific community, researchers started asking: Was MICI real? Was it possible that it could influence the vast glaciers of West Antarctica, some of which were at least ten times bigger than Jakobshaven?

“The question was, this hasn’t been observed in Antarctica, and certainly not on such a scale,” says Frank Pattyn, a glaciologist at the Free University of Brussels in Belgium who was not involved in the study. “We were all asking, can such a mechanism be scaled to the bigger place?”

(Read about how one ice shelf on the Antarctic Peninsula may be the first of many to collapse).