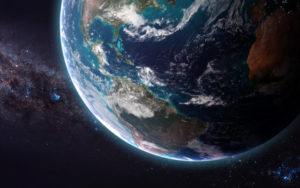 say that is  21 percent of oxygen found in the atmosphere, that is its most important component. If there were no oxygen there would be no humans, plants or animals.In those five seconds without oxygen, the planet would happened major changes. From this basic life element, all buildings made of concrete, in which oxygen is the basic linker, would be turned to powder.  Metallic structures would also be a problem because the oxygen layer that prevents metals from melting with each other would disappear, writes B92. People would become exposed to direct sunlight, since the ozone layer is made up of oxygen atoms. Dangerous burns would occur but the inner ear would burst due to a sudden change in air pressure. The sudden disappearance of oxygen would give people the impression that they were suddenly 2,000 feet below the water. Without oxygen, engines in vehicles would not work, so millions of cars would stop while planes would fall to the ground. The sky would turn black as the sun’s light reflected off various particles in the atmosphere before it arrived on Earth. Istovremeno bi se raspala i Zemljina kora, koja se sastoji od 45 odsto kiseonika, navode ekolozi. At the same time, Earth’s crust, consisting of 45 percent of oxygen, would collapse, ecologists said.